Dr. Hongyang Cheng
Assistant Professor at the University of Twente, the Netherlands 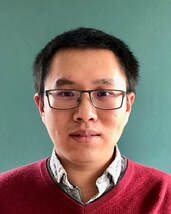 Dr. Hongyang Cheng is an assistant professor at the University of Twente. He has worked extensively on the multi-scale and constitutive modeling of geosynthetic-reinforced soil, probabilistic parameter estimation, and 3D micro-CT image analysis. His research interests lie broadly in statistical and numerical techniques and their coupling, for engineering applications including wave propagation in granular media and selective laser sintering. He is the main developer of an efficient Bayesian inference tool "GrainLearning" which has been used for statistical parameter estimation and bridging geomechanical models from micro to macro via parameter uncertainty. His recent work involves developing a multi-scale approach for concurrent multi-model simulations of geomaterials.
Dr. Cheng was awarded the Japanese government scholarship in 2011 to work on the multiscale characterization of geosynthetic-reinforced soils at Hiroshima University. For his PhD work, he received the best student paper award at the DEM7 conference. At the DEM8 conference, he organized and was the main chair of the minisymposium "Open Source Development". He was invited to many international seminars in Japan, Italy, and China on topics including wave propagation and Bayesian calibration. Dr. Cheng is now guest-editing a special issue of the Computers and Geotechnics "DEM for Geotechnics".